Pokemon Go is sweeping the globe, if you haven’t heard of it you aren’t paying attention. It’s fun for sure but also poses a risk for users many are not aware of.

Tips And Tricks For Pokemon Go

I’m sure by now you’ve seen them walking around. People with their eyes glued to their phone, walking randomly around town not paying attention to what they are doing. And no, I don’t mean the average person whose life is driven by modern technology, I’m talking about players of Pokemon Go and if you haven’t heard of it yet you just haven’t been paying attention. It was released in early July, 2016 and became one of the most downloaded games ever, with more users than established websites like Snap Chat, Tinder and even Twitter. The game is fun, it gets people out and about and has captured a vast following. The down side is that along with a fun, Pokemon Go has brought risk to its players.

What Is Pokemon Go?

What exactly is Pokemon Go? It is the first augmented reality game for mobile devices. Augmented reality is a blend of virtual and real time, the game is projected onto the real world through your phone using the video camera and GPS system. Pokemon are cartoon creatures with magic powers, wild Pokemon can be caught and used for battle. Players seek and find Pokemon, train and upgrade them and then use them to fight each other in order to gain prestige and higher levels of power. 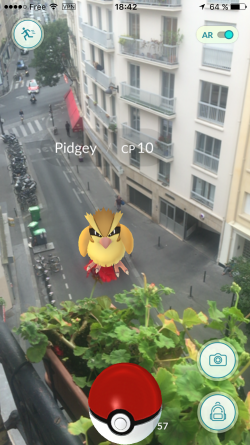 The name itself is a contraction of the words pocket and monster. The original game was made for the Nintendo Gameboy and was a wild success. Since the original release the franchise has expanded to become the number 2 ranked video game franchise after Nintendo’s Mario. The premise of the game is simple, Pokemon are fictional characters with super powers that can be collected like butterflies and insects with two goals in mind. The first is to collect all available Pokemon, completing the Pokedex, there are over 700 different ones so completing the Pokedex is quite challenging. The second is to use a team of Pokemon to fight with other Trainers, working your way up the chain until becoming champion.

To play users first download the game and create an avatar. The avatar is shown with a map of the players surroundings that uses your devices GPS and GoogleMaps data to show where available Pokemon, Pokestops and Gyms are located. Pokestops are where trainers can acquire tools and supplies for capturing and training the Pokemon like PokeBalls. PokeBalls are the tools with which a trainer catches wild Pokemon and are important to advancing in experience. Gyms are places where trainers can battle their Pokemon against other trainers teams to gain points and level up. Pokestops and Gyms are usually located near popular areas, the Pokemon themselves are typically found near areas similar to their type such as water, fire or earth. Players travel through the real world, often going for 5 or 10 kilometers in order to hit milestones within the game, and interact with the Pokestops and Gyms or capture Pokemon as they encounter them along the way.

People who collect and train Pokemon are called Trainers. Pokemon are caught using a Pokeball and fall under the influence of the trainer, they will do whatever the trainer asks them to, so long as they respect the trainer. The Pokemon can be trained to fight, do battle and level up at a place called a Gym. Battles with other Pokemon, teams and Gyms are non-lethal. A defeated Pokemon will “faint” and become unusable for a time, a successful Pokemon will gain experience points that lead to leveling up and increased powers. Some forms of Pokemon can also “evolve” into higher level creatures with enhanced powers. 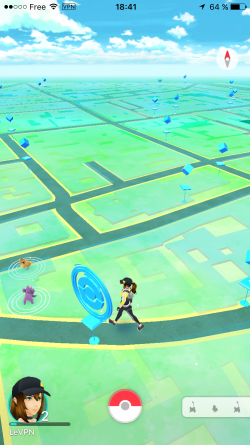 Downloading the game is easy, iOS users can get the game from the AppStore. Android users can get theirs from the Google Play store. Those without access to the store version can download through third party websites but there are risks regardless of how you do it. The first and foremost is that the game has led to a host of Pokemon Go hacking risks and those who chose to download from third party websites are at the most vulnerable. The first malware to be reported was targeted at Android users. Called DroidJack, it opens a back door to players’ devices granting hackers full access to information and accounts on the phone, and more are expected to follow.

Another major risk that arose right from the start is the iOS/Google issue where the game had full access to players’ devices. Two fixes emerged but neither was good for players of phone security. The first was to go into the Google account permissions page and remove Pokemon Go from access, a move that may cause the loss of a player’s game data. The second was to use a burner account, a major hassle just to play a game and no guarantee other forms of dangerous malware would be avoided. Google at least is working on their end of the issue but who’s to say other breaches of privacy aren’t present with this or another mobile app?

An even more pressing problem for Pokemon Go players around the world is the widespread use of mirror-games. Since Pokemon Go is not available in every country at the same time, and some countries are likely to never get it, many games have emerged which mimic the play. These mirror-games may host malware and are a high risk target for black hats with malware looking for a way into your account.

Loss of data is only one concern, security is another. A much bigger problem exists if hackers gain access to bank accounts or credit cards, an even bigger if they use your phone to geo-locate you. Muggers in O’Fallon, MI have already used a beacon within the game to lure in victims in order to break into cars and other mayhem. More advanced criminals could do much worse.

Experts agree, mobile apps are high risk targets for hackers and Pokemon Go is high on the list of apps targeted by top hackers. VPNs, virtual private networks, can solve many of the problems presented by hacking, malware and other potential hazards. Providers like NordVPN offer point-to-point solutions for Android and iOS mobile devices that will create a highly encrypted data tunnel originating at your device and secure all the way to its destination. This ensures that no outside influences can send malware or extract information from your device and covers all activity from your device, not just playing Pokemon Go. Risk of geo-targeting is also reduced, NordVPN can route your data through any of over 114 countries masking your true location.

Play Pokemon Go in Any Country with a VPN

Residents of countries without a Pokemon Go release, or where the Internet is censored will find using a VPN to download Pokemon GO especially useful. Not only will it allow them to bypass censors or geo-restrictions and access the Internet through their phone, it will provide a safe and secure connection which will ensure privacy and security. Using a VPN to unblock Pokemon Go in the countries where it hasn’t launched yet is another great tip, and NordVPN service with access points in over 100 countries is a great tool for that. Regardless the motive, there are clear reasons why using a VPN is the best way to download Pokemon Go, so why wait?

Iconic One Theme | Powered by Wordpress